These types of bikes, folding or non-folding (also called compact or Minibikes) are strong categories in many Asian markets. They also are very trendy and useful in western markets for urban usage, say commuting in combination with public transport, and even more so for many recreational purposes.

When combined with motor-homes, caravans, boats, or an ordinary car, small wheel bikes win over standard bikes when it comes to compact storage. One size fits most users.

Consumers seek comfort and convenience – so no wonder the demand for Pedelec/EPAC versions of these bikes is soaring. 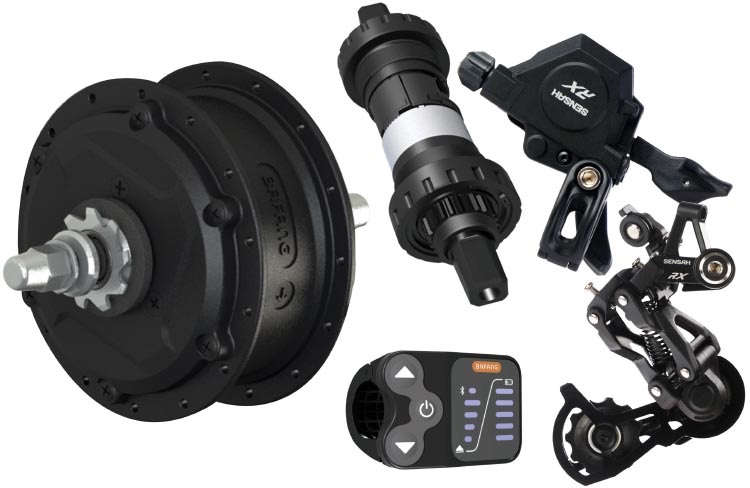 Like its 3-speed version, this single speed 220 W rear hub motor uses the same OLD of 120 mm and comes as a free wheel disc brake only version with a 9 teeth cog. The weight is reduced to only 2.2 kg, making it one of the lightest geared hub motors in the market. The hub can also be combined with either a speed or a torque sensor bottom bracket and many different display options. Also, the battery type and maker can be selected as required.

Both of these new hub motors feature super silent operation due to a special noise reduction system. The hubs are available in black or silver finishes and are ready to order and ship.

Bafang employs more than 300 staff worldwide. The head office, development and manufacturing center is based in Suzhou, near Shanghai. Since 2012 Bafang has a sales and service office in the Netherlands.

This release is issued by Suzhou Bafang Electric Motor Science-Technology Co., Ltd which retains the ultimate responsibility for the content.