Did you know that e-bikes can make it possible for couples to cycle together – sometimes for the first time ever? There are many couples who would love to go for a bike ride together, but their cycling abilities are so different that it just doesn’t work. This post contains a video that shows how an e-bike solved this problem for our friends, Amanda and Wayne Smith. It also includes case studies of three couples who were able to start cycling together, or continue cycling together, thanks to e-bikes.

I have heard this over and over, mainly from women:

“I can’t ride a bike anymore. My knees or back can’t take it.”

“It’s no fun for me because I can’t keep up with my husband.”

“It’s not fair to the kids, because I get tired before they do.”

These women are depriving themselves of some of the most enjoyable family time – time without electronics, time in nature, one-on-one time! And of course, there are also couples where the husband cannot keep up with his wife, so ego may stand in the way of biking together! Sometimes, a couple stops cycling together after one of them starts experiencing serious health issues, such as heart disease. That was the situation in Case Study 3, and e-bikes were able to help even in that situation.

Our friend, Amanda, was very proud of her husband’s cycling prowess and his fitness level. But she was sad that they could not ride together. They met later in life, when Wayne had been cycling at a very advanced level for decades. She told us:

“When we first got together, I imagined we would cycle together. I’ve always wanted to be a cyclist. But he is so much fitter than me, it’s just not possible. I could never keep up. And I don’t want to hold him back. That wouldn’t be any fun for him.”

So, another opportunity for healthy one-on-one time had been lost. But we were able to bring my e-bike to the rescue! I lent my Haibike to Amanda while we were all staying on El Dorado Ranch in San Felipe, Baja California. Not only has she been able to bike alongside her husband Wayne for the first time ever – but Wayne has had to step up his pace to keep up with Amanda! She is pretty much over-the-moon about this.

Enjoy this video, in which they describe their experience of being able to cycle together for the first time, thanks to an e-bike.

As you can see in the video, both Amanda and Wayne are feeling the joy of being able to cycle together. Amanda says she has not cycled since she was a teenager, and is absolutely loving it.

Wayne is thrilled that his wife can finally cycle with him. He is also delighted to be able to share his love of cycling with her. As Wayne says in the video, there is nothing quite like the feeling of fun and freedom you feel when you ride a bike. He started off on a Thistle bike when he was 7, and cycling inspired in him a love of freedom. He sees his boyhood cycling experiences as having led directly to his 40-year career as a pilot of various airplanes, including jumbo jets for Air Canada.

Susan (not her real name) is a busy professional with a successful practice. The only time she got to spend with her family was the weekends, which were precious to her. But she was missing out on Sunday afternoon rides with her two teenage sons and her husband. She lives in a beautiful suburban area, surrounded by many mountain biking trails. It’s a perfect place for cycling.

But Susan sat alone at home while Brad and her boys, sometimes joined by other friends and family, cycled away without her. She just wasn’t able to keep up with them on a bike. She carries some extra weight, and has had knee problems. So, they were getting fitter, while she wasn’t. Each week, it became more impossible for her to keep up with her family, as they got fitter, and she did not.

We suggested she try an e-bike. Susan was initially skeptical, but after borrowing my e-bike for a few days for some test rides, she was hooked! She bought a beautiful Specialized mountain e-bike. Soon she was cycling every Sunday with Brad and their boys. She was so happy about it. 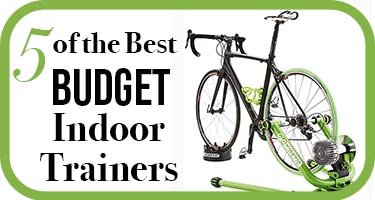 Ron Wensel and his wife live in the Ottawa area of Canada. They used to enjoy long rides together near home with cycling groups, as well as cycling tour vacations. But then Ron suffered four heart attacks. He wanted to keep on cycling, but his doctor warned him that letting his heart rate go over 140 bpm could trigger another heart attack – possibly a fatal one. That would keep most people on the couch, but not Ron! He decided that he would find a way to keep cycling without over-exerting himself. He applied his engineering skills to the problem – and created an ultra-light, power-assisted bicycle to enable him to keep cycling. He combined it with an integrated heart rate monitor, to keep an eye on his heart rate.

Ron’s designs eventually led to a bike so good that he not only made one for himself, but started marketing it as well, with the help of his son. The bike is the Pedal Easy electric bike – one of the lightest electric bikes on the market.

Ron still cycles – a lot! He still joins his wife on group rides, and they even do extended cycling tours in other countries. The last time I spoke to him, they were planning a cycling tour of Holland. Ron can still keep up with his wife and friends, thanks to his e-bike.

I have many more stories like this. For so many couples, the solution is simple – e-bikes! I have been riding my e-bike since 2013. They simply make cycling possible in situations where you might think it is not possible.

Joe and I started cycling to work years ago, and loved it. But when we moved out to a suburb much further from our workplaces, we realized that we could not manage the distance on our regular bikes any more. We would need to invest in e-bikes to be able to continue as cycle commuters.

That investment paid off – we continued to bike commute for several years, and improved our fitness levels further. We always choose e-bikes that require you to pedal before they assist you. That way, you are assured of continuing to get exercise.

In our travels over the past two years I have been happy to introduce electric bikes to many women by offering them a ride on my Haibike SDURO HardSeven 1.0 (reviewed here). Most of them had not ridden a bike in decades. I have seen first-hand the joy on their faces as they remember how good it feels to ride a bike, and their delighted surprise as they realize that cycling may again be possible for them.

If you haven’t ridden a bike in a long time, if you live in a hilly community, or if you have some physical limitations, riding a regular bike may not be feasible for you. If so, we encourage you to take an e-bike out for a test ride. The positive effects of bike riding on our overall health are just too significant to ignore … so if you possibly can, get out there and ride!

We have numerous resources that give you the facts about how to get fit using an electric bike, the health benefits of electric bikes, people who have regained their fitness using electric bikes, how many calories you can burn on an e-bike, and numerous bike reviews. We have published a book about How to Buy the Best Electric Bike which contains lots of practical advice and product reviews. We encourage everyone who thinks they cannot cycle anymore to take an electric bike out for a test ride!

How Many Calories Can You Burn Riding an Ebike?

3 Ways to Use an Electric Bike to Get Fit