In fact, if you think about it, it is impossible for electric bike range claims to be totally accurate. There are too many factors that make it different from person to person. These include:

For example, if you decide to engage no assistance at all because you’re on flat terrain and you’re feeling strong, your electric bike range is as far as you can go before you collapse – which for some people might be 200 miles, and for others could be 20. On the other hand, if you engage the highest level of assistance constantly, and are in very hilly terrain, you can eat through your battery charge pretty fast.

Bear in mind that your battery size and your electric bike motor have to be well matched in order to get optimal range. As a general rule of thumb, look for a setup in which the battery capacity in watt hrs is equal to the motor capacity in watts. This kind of setup will have the greatest range because the motor will not over-tax the battery.You should be able to get at least one hour at maximum assist with this kind of setup.

As an example, the top-of-the-range BionX PL 350 HT DT L has a battery with 355 Wh (36 V/9.6 ah). So the motor capacity and battery capacity in watt hrs are almost identical, and the battery is advertised as having an impressive range of 56 miles (90 km). However, the reality is that you would not be able to travel 56 miles in one hour on an electric bike (unless you were coming down Mt. Everest). Bear in mind that many electric bike motors are capped at 20 miles (32 km) per hour. So that 56 miles would be achieved more likely in about three hours, and definitely not using the full assist the whole time – there would be a whole lot of pedalling going on as well! By the way, I highly recommend BionX systems, and have reviewed the BionX 350 kit here.

Here’s a map to find your way through the Wild West of #ebike range claims.

Battery Capacity is the Most Important Factor

Most people will want to have the most powerful bike motor they can afford. But in fact, motor power only impacts how fast you can pull off, and how well you can get up hills. It does not necessarily impact how far you can go. The most important variable to look at in terms of electric bike range is battery capacity.

The size of the battery is directly analogous to the size of a car’s gas tank.

Battery capacity is usually measured in Watt-hrs. Watt-hrs = amp-hrs x volts (that is, power is equivalent to how long the current will be applied to the battery’s potential, multiplied by the amount of potential power the battery has).

Note: when you are looking at adverts for electric bikes, you may find some where battery capacity is simply stated in amp-hrs. This is insufficient, as it does not include the voltage, so it does not reflect the true energy capacity. So if a bike is advertised with a 36 volt battery, with a capacity of 9 amp hrs, then the true capacity of the battery is 9 x 36, that is, 324 watt hrs (written as 324 Wh).

Watt-hrs is important, because watt-hrs determine the range of your bike, that is, how far you can go.

Bikes A and B have a similar amount of energy. If Bike A and Bike B have equal motors and riders, they will perform in a very similar fashion. The bike with the higher voltage battery will accelerate faster and climb better – but that will be at the expense of some of that energy. On the other hand, Bike C will not take you nearly as far.

Bearing all of the above in mind will help you to evaluate manufacturers’ advertisements and claims for their batteries. In general, you want a battery with a minimum of 200 watt-hrs.

Bottom Line – Do Your Due Diligence

As a starting point, it’s safe to assume that the range is lower than what the manufacturer says it is. Advertised ranges are based on laboratory conditions, and you are not going to be cycling in a laboratory. Moreover, the manufacturer has a lot of latitude to make up whatever range they like, as there is no International Standard for calculating electric bike ranges, such as exists in the USA for calculating EPA (Environmental Protection Agency) car mileage ratings. And even real world car mileages don’t match up to the EPA ratings, even though they are stringently controlled. This is because there are so many variables around the way real people drive real cars in the real world that it’s ridiculous to think we could achieve a completely accurate rating of expected miles per gallon.

So all you can do is find out as much as possible. If you are buying from a reputable, knowledgeable electric bike dealer (and you really should be), ask the dealer how the range was calculated, and under what conditions it was calculated (such as what level of assistance was used, and how much the rider was pedalling). You can also ask the dealer if they have tested the bike themselves and managed to achieve the advertised range.

Are You a Light Weight?

You should take into account a realistic consideration of yourself. Are you particularly heavy, or very light? The bike may weigh 40 to 60 pounds, but you are sure to weigh a lot more than that. So your own weight is the most important weight variable. It is interesting that bike manufacturers battle to shave a pound or two off the weight of a bike, when in fact most human beings can afford to lose between 5 and 50 pounds – which could make a significant difference to range.

Also, will your bike commute include major hills? If so, power will drain rapidly, so you need to be looking for a bike that claims to have a very long range.

And if you plan to be carrying heavy baggage, or towing a child in a trailer, then of course your needs will be even greater.

As with all products, the range claims are likely to be more accurate if you are buying a reputable brand from a reputable dealer. And as with all bikes, you usually get what you pay for. If the bike is very cheap, the performance and the range are extremely likely to reflect that.

Bearing in mind that battery capacity is the most important variable: if range is important to you, spend as much as you can to get a good quality battery with as many watt hrs as possible. Often there will be a bike on the shop floor that the dealer wants to sell you as is. Take the time to ask if there is an option to get that same bike with a higher capacity battery. It may very well be worth the extra cost (and the extra time while the dealer puts it together for you).

The bottom line is that the range claimed is very much a paper claim – which is not to say that it is certain to be wildly inaccurate, but just to say that you should not take it on blind faith. It’s also very helpful to spend some time Googling the bike you have in mind, and see what real world users have to say. 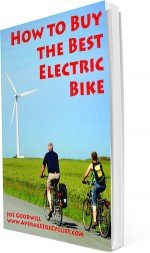