Have you ever thought about converting your bike into an electric bike by simply adding an electric wheel? Here is the experience of one reader, Stephen Rees. He bought an electric wheel called UrbaNext on a KickStarter to help him deal with the hills of Vancouver. Read about how it turned out for him! You can also check out his blog, Stephen Rees’s blog, here. Stephen’s blog features his thoughts about the relationships between transport and the urban area it serves.

Over to Stephen Rees!

Where I live there is only one flat route out of Arbutus Village park – north west along Valley Drive. In any other direction there is a hill. In fact to get up to the Arbutus Corridor I have to get off and push. So when I saw a crowd funder for an electric wheel, that provides assistance when cycling, I decided to take a chance. It has taken six months from making my payment through KickStarter for the first of two wheels to arrive. I got one for myself and am still waiting for the one for my partner.

In the intervening period the name of the project had to be changed from UrbanX to UrbaNext.

Via Kickstarter the team reported:

“We received notification from BMW Auto Group that our product name UrbanX was too close to their venture fund called URBAN-X which focuses on helping emerging and start-up companies in the fields of technology and design for urban environments. You can read more about the program here. Despite our best efforts in researching our product name, we were unaware of similarity to their program and program name. The program does seem very cool in its mission to work with small businesses and help fund new innovation in urban environments.”

KickStarter provided regular project updates and this video about installation:

So that all looks pretty straightforward I thought. Once my wheel arrived, I unpacked it and took it down to the basement. Taking off the existing front wheel is easy, but the new wheel was a real problem. Some time ago, after renting a very comfortable bike in San Francisco, I had my Trek 800 upgraded by fitting suspension forks and a sprung saddle post. The forks were simply too fat to admit the wheel properly – and the bracket for a disc brake got in the way of inserting the battery. I took the bike with the wheel to West Point Cycles in Kerrisdale, and they replaced the forks (no suspension) and installed the new wheel for me.

I then spent a while hooking up the cables and installing the control and the phone carrier – as the functioning of the electric wheel is controlled through an app. No, that installation video does not mention that – but you do get an instruction manual with the wheel. That includes a QR code for the app which is called iMortor. If you go to YouTube you will see other videos about iMortor and another UrbanX user called Edgar Cornejo who has made a number of youtube videos about his experiences.

I first tried out the new wheel in our underground garage. That really did not get me enough space to get up to speed (5km/hr), and I also missed the point that you are supposed to hold the throttle open for ten seconds, while pedalling, to get the motor to kick in. My next trip was to take the bike up to the Greenway by the hill on King Edward Avenue. This gave me enough distance to get up to speed and to hold the throttle open for long enough – and I knew the motor had kicked in as I did not have to get off and push. The app allows for three speed settings, and all of my first trip was in speed 1. The ride up to Kerrisdale by the Greenway is actually not a problem for me, I just gear down and keep twiddling. This time I did not have to gear down. As long as I was pedalling the bike kept going – and that seemed to be true even when I let go the throttle. I tried other speeds too, but that is not so easy when trying to hit the very small button on the app while moving.

Of course, no-one needs help to ride downhill. What is missing from the UrbaNext is a regenerative brake setting, which could act as a retarder and recharge the battery. Not only that but as I was in speed 1 and the app and motor was stilled turned on even pedalling downhill on King Edward, hoping to keep up with traffic, all I could manage was 12 km/hr.

Today I decided to venture further afield, so I added a bottle of water and some Cliff bars to the pannier and headed  south on the Greenway to Burrard, hoping to use the new bikeway across the bridge. The east side of the bridge was closed by barriers, and a sign instructing “use West walkway”. I rode the wrong way in the bike lane – and noticed that there might have been room to ride in the vehicle lane if I had been daring enough. Then down Beach Avenue and round Stanley Park (via the Chilco Loop). By now I was getting used to riding with and without assistance. In fact there were times when, with the throttle closed, I wished it was not “helping”. Equally there were times when I was below the 5 km/hr when help starts and I would have appreciated it much sooner!

I had a pleasant break near the Lumberman’s arch, with a view of the Lions’ Gate Bridge and some charming company. By the time I got to the Second Beach pool, the lights on the control box were showing red – or 30% of capacity. So I stopped using the motor by simply hitting the off button, hoping to conserve power. The bike was much heavier, thanks to the wheel and its battery, but there also seemed to be significant rolling resistance when there was no power available. Given the lack of regenerative braking I found that puzzling.

By the time I got to Cornwall, I decided I had had enough, and waited for the #2 bus. Getting the bike on the bus wasn’t easy before the new wheel. Now it was beyond my ability unaided. Fortunately a very strong young chap who was passing offered assistance, and the bus driver got out too! I had taken the phone off the bike to use the transit app to find out how long I had to wait, so I just shoved the phone into my pocket when the bus arrived.

The #2 was short turning at 16th Avenue, so the driver was not pressed for time, and told me she would help me get the bike off. What with the ratchet on the bike rack’s bracket and the weight of the front wheel I was very glad of her help.

I set off home along the familiar nearly flat Valley Drive route, and just out of curiosity flicked on the throttle to see how much power was left. Amazingly the bike took off like a rocket. There was no phone controlling the app – I had taken it off the bike, and hit the iPhone’s power off button reflexively when putting it in my pocket. I even stopped pedalling altogether and the motor actually accelerated! I used no muscle power at all to get home, and in fact did a lap of honour round the garage all unaided by pedalling!

It has taken only an hour or so to recharge the battery. I should also point out that getting the battery out of the wheel is in itself no mean feat. It really helps to wait awhile for it to cool down first. Then you have to hold down the two top latches while pulling evenly on both sides.

As I was an initial funder through KickStarter I paid $800 – plus $200 shipping – for two wheels. That is considerably cheaper than other electric assist bikes – or wheel conversions. However you only get what you pay for – and while others are expensive they can also be installed for you. Their offered range is considerably greater than the UrbaNext. They do have a Facebook page and currently offer the wheel at $319. If you click on the Shop Now link on that page it takes you to IndieGoGo – where the “60 second conversion” claim is repeated. Sorry, that 60 seconds is not actually possible. Even if your front forks do fit first time! Allow at least an hour to set it up properly.

I should have mentioned that I got the 350W version: there is also a 250W which is a bit cheaper.

The second wheel did not turn up until we were off on our cruise. When I got back I fitted it to my partner’s bike. I was alone at the time, and did not have her phone. So when it came to test the installation I used the wheel without setting up the app. In retrospect that was a mistake. There are a couple of steps in the set-up process, and one of them is what the makers refer to as a safety device. As mentioned above you have to be pedalling and above 5 km/hr to get assistance – but since I had not set up the app, it worked straightaway. But only once. It seems I burned out the control – and now I am waiting for a replacement. It is also the company’s advice to use the app downloaded using the QR code from the manual. There are other iMortor controlled devices out there and the app gets adapted to suit each one. Download iMortor from somewhere else at your peril. 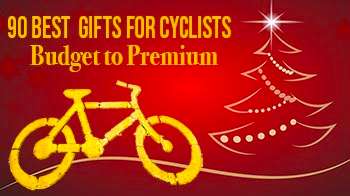 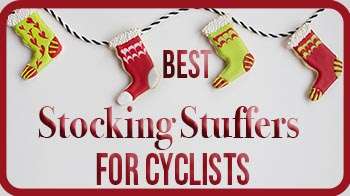